Like most people, I can recall my first love. Believe it or not, it wasn’t a woman; it was basketball. Like most scorned lovers, though, hell hath no fury. My fall in the sport may have gone down in flames, but there is something still there, that burns inside. Just like in love, you never forget your first. You can date other people, have great relationships, but there’s always that spark, that “what if” that will always linger. I played all sports, and played them well, but nothing will ever compare to basketball. My first love was basketball, and this is my story about what could have been.

At a young age, I think about 6 years old, I can remember being in a bowling league. It was the first time I had been shown the world of sports. I don’t remember how or why bowling was chosen, but I enjoyed it greatly. This was a year before I started playing T-Ball, that much I do know. Like most kids who had a father that was pretty much only into sports, I latched on to that.

As soon as I could start playing a sport or was allowed to, I did.

At home, of course, I would play baseball, roller blade, kickball, football and basketball. But like in all organized sports, you had to wait until being a certain age or in a certain grade. Bowling was the first sport I could enter into in a “league” setting. Every Saturday morning, my mom would take me and I’d bowl a few frames, keep score and then match those up against the other kids in my age group. I remember our instructor was this mythical bowler who had scores in the high 100’s or low 200’s. Looking back, that obviously wasn’t THAT amazing, because I can hit those numbers on my best night, and I bowl maybe a few times a year.

Regardless, she was our instructor and was the best. A woman among kids, and I wanted to bowl like her. As a few years went by, I was still in this bowling league on Saturday mornings and going whenever I could for fun or practice. I wanted the cool shoes and the colored custom ball that bowlers have. I was pretty into it… until I saw a teenager wearing a Denver Nuggets Dikembe Mutombo jersey. For whatever reason, I wanted that jersey. I wanted to be like him. I can still see Saturday noon NBA games being broadcast on the TV’s at the bowling alley as I left after my league day ended.

Suddenly, my attention was on basketball.

The year was 1993, and the league was getting an influx of big men; Shaquille O’Neal, Dikembe Mutombo, Alonzo Mourning, etc. As my mom signed me up for my first basketball league, YMCA ball, I was smitten. Bowling was a game I enjoyed, and liked greatly, but basketball was something I fell in love with. I loved practicing, watching it and playing it. When I was asked in school what I wanted to be when I grew up, I had two answers; a paleontologist (I also was into dinosaurs) and a basketball player. 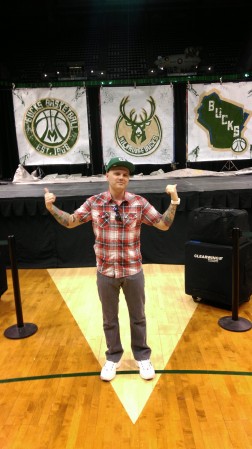 Since I’ve never been a tall person, even when I was younger, I was chosen to be the starting point guard. Generally speaking, point guards are the shortest, but the leaders of their team. They control the tempo of the game, they distribute the ball, get teammates involved and are an extension of the coach on the court. They must also have the vision and selfless attitude to do what it takes to provide the team with victory.

I say this as a competitor and a life long point guard.

I’ve been blessed to have athletic abilities. I may not have been strong, or tall, but I was fast. I had great hand/eye coordination. I could see things before they happened. I could read a defensive scheme and find a way to beat it. These traits helped me greatly as a point guard, because I could dribble through any trap or any double team. I could then make the pass necessary to find the open man, or thread the needle if need be.

Don’t get me wrong, I could shoot too. I could hit from anywhere on the court. In fact, my teammates would implore me to always shoot first and pass second. But I didn’t want to be like that. My job as a point guard, as a leader, was to make sure I made the correct play, not turn the ball over and come away with a win. That’s all I wanted, was to win.

The only problem with all of this, was that every team I was ever on… was terrible. We almost never won. We would win a game or two a year, we were that bad. And I took it personal. I’m not saying I was this perfect player (I sure talked myself up these last few paragraphs though eh?). In fact, I would let my emotions get the better of me every game. If we were losing control of a game fast, I would play stupid. I would start trying to force shots while being double teamed. I would try to make full court passes to try and get quick points. I would lose focus while being at the free throw line, thinking, we don’t need one or two points here, we need threes.

I tried to win games or come back in one play, not come back one play at a time.

I will say that as a leader and the point guard of every team I’ve ever played on, I failed more times than I succeeded. For every three quarters I played to my potential, there was that final quarter where I would lose it or I would let it slip from my hands. Being in the position I was handed, I accept that. I have to. Just as quarterbacks or pitchers take the loss in football and baseball, respectively, I believe point guards have to take the loss in basketball.

Our teams were reckless. We played without abandon, we got fired up easy, and just threw playing with discipline out the window as soon as the game got out of reach. It really is a shame, because I loved the game so much. And when we did win, everything clicked and it was something amazing. We played as a team. We made the necessary passes, there was no ball hogging, no blame to go around. Just high fives and smiles. Kids actually enjoying a game for once. Those moments were few and far between towards the end of my playing days though.

What happened in between my starting out playing basketball to the day I took my ball and went home, was two fold. Number one, was the toxic environment and attitude of our teams. My teammates didn’t take the game as seriously as I did. They saw who we were playing next and made comments like, “Will we lose by 20 or 30 this week?” or “I can’t wait until the party after the game.” To me, it was like, why even bother showing up then? Or why should I care so much about winning and just enjoying the game of basketball when you don’t? Why would I want to play with teammates like that? It wore on me bad.

And number two, was my father being a coach for most of my playing days. I played basketball for a good ten years in YMCA leagues and school ball. I honestly don’t remember what grade it was when I quit, but I was in high school when enough was enough. I mentioned earlier that my father was pretty into sports and that’s the one thing I’ve taken from him. It was almost an obsession. It was like that was all that mattered in the world and all that I had to be good at.

For families that got along and were there for each other, it would seem like a match made in Heaven. For every Lavar Ball out there, who goes to war for his son, Lonzo, there’s a player living in a shadow that is never good enough. I’m not going to speak too much on this, but I have to get my point across. When your father is a coach, there is a fine line between getting pushed to your limits to succeed or to a boiling point. In my case, it came to a boiling point.

Whether that’s on me and my ego or self control, that’s also up for debate. 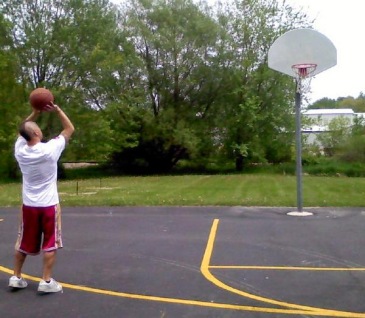 We could win a game, but that turnover I had in the fourth had to be rectified. I had to work on my bounce passes on a fast break. We could win a game, but those free throws I missed in the beginning of a game could have mattered. Stay outside all night and practice shooting free throws. I know that I was a great player and was being pushed because the potential for something even better was there. I know it was thought that I could handle it and that I wanted it bad enough that I would do whatever I was told. But I wasn’t…

I wanted to win, but I also wanted to have fun. I was still a kid throughout all of this, after all. But I guess I can’t have my cake and eat it too. You want to win, but don’t like making mistakes? Then don’t make them. You want to just have fun, but get upset when others want to have fun? Doesn’t make sense. I come across contradictory here, I realize that now. Which is why quitting basketball (and sports altogether in high school) is one of the regrets I will carry with me forever. I know that it is extremely unlikely I would have ever even made it far enough to play college ball, but I’ll never fully know if I had given it my all and not given up. Basketball was just all I knew and what I was good at growing up.

I took my basketball, and went home.

In the years that followed high school, I would still play in pickup games with friends to stay in shape. In fact, basketball was a huge cardio workout for me, whereas skateboarding was good for my core and leg muscles. I would still watch basketball games on TV every night, while looking after my youngest sister as she slept. My mom worked a mixture of second and third shift growing up and even as I was older, so at nights, basketball kept me and my youngest sister company. I never stopped following the game. 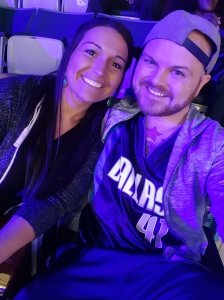 These days though, I will play from time to time, just games of HORSE, or to shoot around. But it’s rare. Over the years, I’ve attended many Bucks games and took women on dates to games. I am currently in three separate fantasy basketball leagues with some poker players and former ballers themselves (No, I will not name names). And my entire card collection is still back home, in the basement, where it shall remain. So the love is still there, just a little hidden.