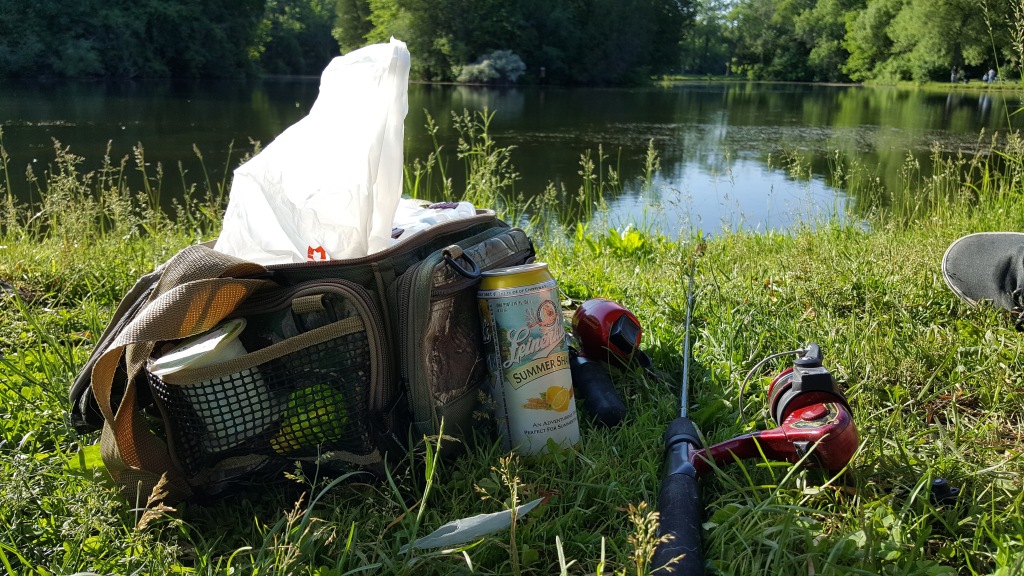 “Man, I can’t wait to get home and crack open a cold one.” 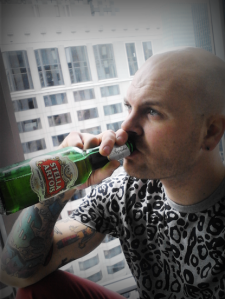 Surely, you’ve heard this line before. Hell, I’m sure most of you have said it yourself. I know I have. And just to clarify, I’m talking about a drink so sophisticated, so universally well-known, and yet, so quick and easy to pick up. I’m talking about beer, of course!

I love beer. I love the smell of it (well, some anyway). I love the taste of it. I love that feeling after a long, hard day of work, and coming home, taking your shoes off, and just relaxing with a ice, cold brew. Now that is a feeling that cannot be duplicated. It just can’t be beat. That first beer is always the best one.

There is no comparison, to a beer that touches the lips and taste pallet within your mouth. For some, it can be a cheap, pilsner such as Miller Lite. For others, it can be the highly watered down version, Coors. And then, there are the true connoisseurs, who enjoy a craft brew; A hoppy, IPA (Indian Pale Ale), or perhaps a darker, more crisper and smooth lager. The possibilities in beer are endless! Every year, you see seasonal beers, and the like. And of course, the high volume sellers will never go away (Budweiser, Miller, Coors, etc.).

“I remember when I had my first beer.”

My love affair with beer wasn’t always as such, though. As though it may seem at first glance at this blog, it couldn’t be further from the truth! I do remember my first beer. I will admit, it was when I was younger than 21. But barely. You see, alcoholism runs in my family. Everyone has come in contact or has known someone on a personal level in which drinking is glorified and made a priority. So, during my high school years, I was all about what we learned in the D.A.R.E. program (remember that?). I abstained from alcohol, cigarettes and drugs. I didn’t do anything. I was made fun of for it and called a loser, but really, if it makes you feel cool to be underage drinking and puking your guts out the next day, then by all means, have at it. 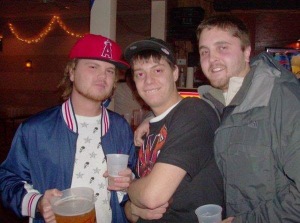 I was into having fun the old fashioned way. Playing sports, going on bike rides, skateboarding, snowboarding, playing videogames with friends, and being sober. I could think better. I could not destroy my body at a young age. I could also see into the future, because as I stated, it ran in my family.

When I tried my first beer, I believe I was around 19 or 20, my first year in college. Of course, you get out in the world, and you want to try new things. Most of my things that I tried weren’t good. It went against everything I had been taught and abstained from my entire life up until that point. And the first beer I tried, at a party, naturally, it didn’t go so well. It was nasty!

I just didn’t want the drunk life. Until I did…

I thought, well, everyone drinks this in mass amounts, so it must taste good, right? Wrong. That first beer of mine, was exactly as they call it, liquid bread. Not too appealing. And after I finished that first beer (which probably took me an hour), I couldn’t imagine drinking another. When I was handed a second one, I actually pretended to drink it, by lifting the aluminum can up to my mouth, but never actually drinking it. I would dump it out little by little throughout the night. And then, when everyone passed out, I grabbed my keys and went home. One beer in, I was done.

As it happens with most things, though, practice makes perfect. Over time, one beer at a party became a second. And a third. And a fourth. I’ve heard many times over the years that everyone who tries beer for the first time hates it. It just tastes so bitter. Bitter beer face, is indeed a real thing. However, when you go places and start trying new things, you really get a taste of what is good in the world and what is not so good. 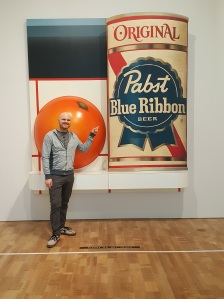 To me, Pabst Blue Ribbon and Budweiser are not something I’m going to drink. The hipsters and cowboys of the world might, but that’s not what I call a beer. Sophisticated water, with a yellow tint to it, maybe, but not something I want to willingly drink. Miller Lite is something of the cheaper variety that I will consume. If the goal is to just have a few light beers, or drink in mass amounts, that’s the general consensus of which way to turn.

If you really want to try something that costs a bit more (I’m talking like $5 more only), then go with something that not only tastes better, but will also provide you with a nice image. I mean, after all, if you’re going to drink cheaply, the idea is to make it seem as if your’re not being cheap about it. I’ll get into the high society of beers shortly. So, for a night out on the town, I prefer something along the lines of a Spotted Cow at a bar, a Corona with a fish fry or Mexican, and maybe a Riverwest Stein or Hacker Pschorr to keep the night going. These allow me to have a beer in my hand, but I still taste the glorious combination of the hops, barley and yeast, while not getting me drunk.

There is something to be said, about a man who knows his beer and knows exactly what to not order. I can’t say that I’m an expert or that I’m a better drinker than you. I mentioned Corona, and some of you may laugh at that. I brought up Coors, and I have a few friends who swear by that. It’s all relative and it’s all in what you think tastes the best. But the point I’m also trying to make, is to branch out a little. And be conscious of what or how many beers you have. My taste in beers now allows for that. I won’t drink 20 Stella Artois’ in a night. I just couldn’t physically do it. Whereas, Miller Lite, I could pound those until the proverbial cows (spotted, pun intended) come home.

Be safe. Be smart. Be conscious. Have a water with every drink. And yes, please don’t drink and drive.

I’m now 32 years old. I’ve been drinking for a little over ten years of my life now. I enjoy wine. I like champagne in the right setting. I love bloody mary’s. I despise taking shots (of any variety). I can handle one or two (maybe three, max) of a whiskey or rum infused drink. Vodka and Gin, if it’s top shelf, can still whet my lips enough that I can put a bottle away in a day. I’m not trying to glorify this, but I’m just being honest. At my age though, the wear and tear is catching up, hence, the reason I have slowed down in this aspect, but will still drink beer. 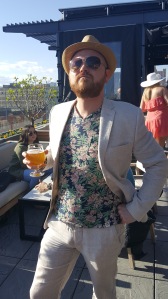 I just can’t imagine a life without it. I don’t need to drink it. I don’t have to drink it. I can even go weeks without one. But, there is just nothing to me, now, that compares to that first beer of the day. It’s as if you suddenly let go of your stress, your anger or hate. Your day instantly becomes better, and a realization that, life isn’t so bad. To be able to fall into a sense of non-urgency and know that you earned that beer, that is a feeling I am trying to convey here. And it’s even better when enjoyed with good company.

And the way things are headed, we’re going to be seeing even more beers on tap. Even more breweries are opening around the world. The end is not in sight. Not a bad trend from something that was actually banned almost one hundred years ago, am I right? I’m talking about Prohibition, which lasted from 1920 until 1933, with the manufacturing and selling of alcohol was… prohibited. Dark times, indeed.

With anything that people grow to love, you also grow to not love. And I grew to love beer. I still look back on those early years, and wonder, what if I had just stayed the course and never drank a beer? I still fully believe at some point in my life it was bound to happen. And yes, there was a time as I stated earlier, that I became the very thing I swore against as a young high school kid. But you grow up, hopefully, and learn to minimize the risks and drinks, learning how to maximize your fun and being coherent. Now that to me, is what being responsible is all about.

I have grown to love beer so much, that I even took the necessary steps to start brewing my own. It is a long, arduous process, but patience is certainly a virtue with this endeavor. I have a long ways to go, and a lot more understanding of it all, but it is something fun and another way to keep busy. It also lends to a more filled wallet and being in the comfort of my own home keeps me out of trouble as well. Win-win! 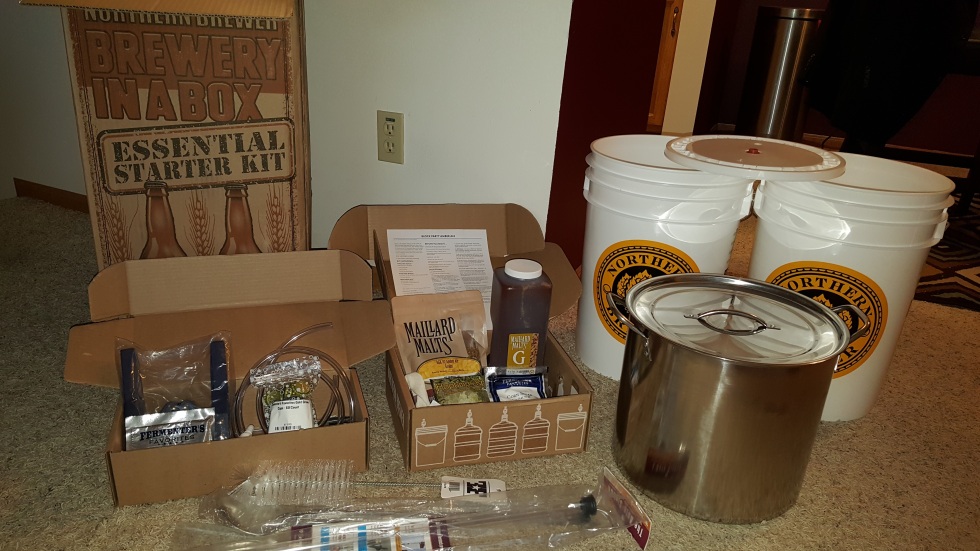 If you’re looking into brewing your own beer, I have the following suggestions:

I have used the following website to purchase my kits and other ingredients from, but feel free to do some research, as everyone has different tastes. 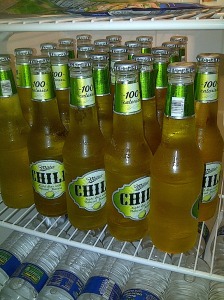 In closing, beer is truly a drink that I love. I wouldn’t give up beer for one million dollars. I wouldn’t. And I don’t say this as an alcoholic (far from it), but I say this as a man who has learned what he likes in life, and what brings him relaxation in this world. Beer can be had at sporting events, with friends, in bars, fishing, chilling at home, concerts, fairs, anywhere! So enjoy what you can, while you can. I leave you with my top 5 beers, which is sure to incite laughter or applause…

Honorable Mention: Miller Chill, which has been since discontinued.

Don’t be afraid to let me know yours. Cheers!