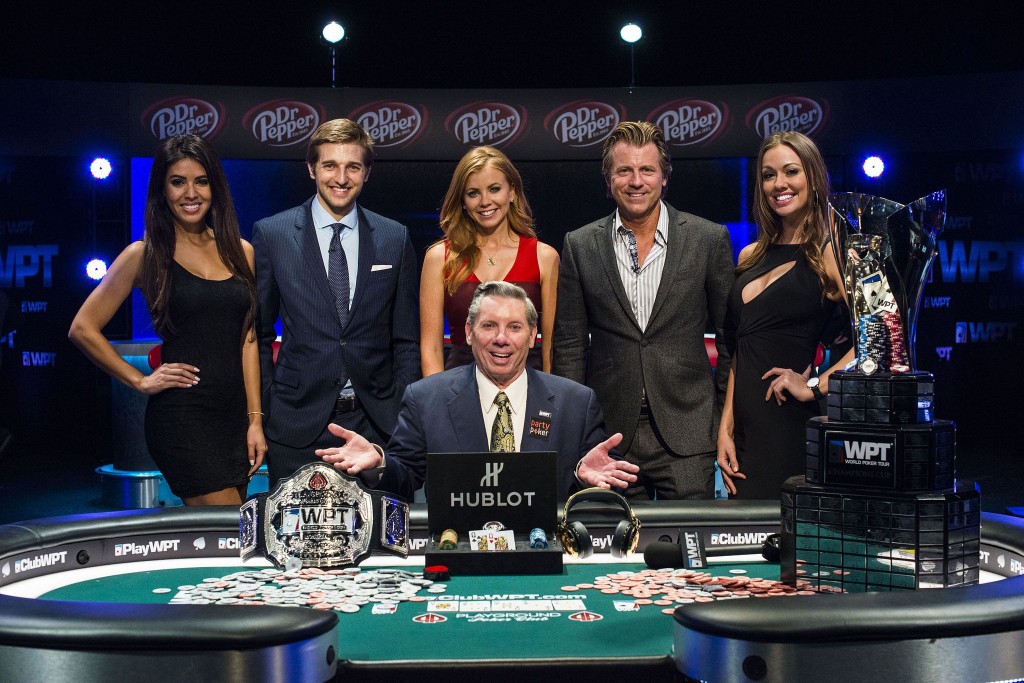 “I’m Mike Sexton, and thanks for joining us. Until next time…”

For those of you who have seen even one episode of the World Poker Tour (WPT), you know what follows next. A line so iconic it will never be forgotten. A quote that will now live in infamy, attached to such a great ambassador to the game of poker. If you need a little refresher, or are one of the select few poker fans who has never even seen an episode of the WPT, here it is:

“May all your cards be live and your pots be monsters.”

In some ways, it’s a well wishing of sorts. In other ways, it’s the proper send off from one of poker’s greatest heroes. Yes, poker players and commentators can be heroes. This may come as a surprise to some, but to those who have played the game of poker or even followed it for a bit, know how important Mike Sexton was to the game. Mike Sexton passed away yesterday, losing his battle with prostate cancer. He was 72 years young.

Not only was he a fan favorite, commentating on the extremely popular Travel Channel (and now Fox Sports One) show, the World Poker Tour, but he was also a very accomplished player in his own right. With live lifetime earnings of $6,708,146 (excludes online play, via Hendon Mob), Mike Sexton was a player whose smile matched his skill. Back in 1989 he won a WSOP (World Series of Poker) gold bracelet, which is given to a player who wins a WSOP tournament, along with the prize money of $104,400. Decades later, he would take down a WPT tournament in 2016 for $317,817. With a poker career that far and wide in between major victories, it speaks volumes to his longevity in that regard.

To match the victories and cashes, he was never one to let his emotions show or even effect his poker playing, something almost no player can attest to. I certainly can’t. Add it to the list of reasons you can look up to him. Mike always had a smile on his face and spoke so eloquently. If you look up old videos on YouTube or the WPT website, all you do is see Mike smiling and speaking as clear as day. It’s as if the poker Gods created the perfect, well, everything in terms of poker when it came Mike Sexton.

Not to diminish his live poker playing results, but it is in the online poker world, in which Mike really should be thanked for. It was under his tutelage and guidance, that PartyPoker really took off in the early 2000’s, creating the “poker boom.” PartyPoker is an online poker site, which ran all kinds of tournaments and cash games, raking in millions and millions while becoming the number one poker site in the world for quite some time. Mike Sexton was part of the team that worked tirelessly to promote PartyPoker and run it. All while still commentating and playing in his own right. Amazing, to the say the least.

The “poker boom,” as it is known as, was the mid 2000’s online poker playing peak. This “boom” was helped by online poker sites and advertising on poker TV shows. Among the many popular poker TV shows were, but not limited to; World Poker Tour, World Series of Poker, Poker After Dark, High Stakes Poker, etc. Money would flow in hand over fist for the poker sites and with each live tournament breaking record after record because EVERYONE wanted to play.

Not everyone could play, but they believed they could.

The poker boom is mostly attributed to Chris Moneymaker, the amateur online player who won the biggest (at the time) tournament in the world, the 2003 WSOP Main Event over established high stakes pro, Sammy Farha. However, without Mike Sexton and his push with PartyPoker, there is no Chris Moneymaker. There is no online poker boom. There is no poker TV shows. There is no… I could go on and on. The man really was a needle in a haystack. We, as poker players and enthusiasts, owe everything to Mike Sexton.

I got my own start in the poker world because of Mike Sexton. I have mentioned numerous times in previous articles and even my own poker book (available on Amazon, just search for “The Game of Life and Poker”) that I didn’t understand the nuances of the game until I started watching the World Poker Tour DVD’s my friend loaned me. It was Mike’s announcing and breaking down of hands that truly hooked me. I didn’t start advancing my play until I watched every season and episode of the WPT. The WPT became my favorite poker tour and the one I wanted to win too, even over the high stakes money of cash games or the gold bracelet of the WSOP. Because of Mike, I grew into the player I am, or rather, have the knowledge that I have.

Outside of his poker accomplishments, which are even more plentiful than I have mentioned, he had a son (Ty Sexton) who was his inspiration and life. Ty came first after he was born, with Mike notorious for putting little league games and hanging out with his son over poker tournaments. After Ty was born, Mike didn’t play as much poker and even stepped away from the commentating the WPT (Vince Van Patten, his co-star, still commentates alongside Tony Dunst). Again, we just add to the list of reasons to look up to Mike. Be like Mike, takes on a new meaning. Not for doing what was right as a father, but for doing so in place of making money and chasing personal goals or recognition. It is that type of selflessness that set him apart.

He spoke with such poise and reason. He always had a smile on his face. He was a family-first man. His poker skills were tremendous. He was an ambassador to the game. He wrote about it. He announced it, he created it, and most importantly, he was humbled by every win. Every cash. Every tournament. Every award. Every position he held; Mike Sexton was someone to look up to, if ever there was in the poker world. I just cannot say enough good things about the man.

I will miss him greatly. It’s only been a few hours since I found out about his passing, and already I’m wondering how else I can honor the man. I’m literally in tears. There will never be another Mike Sexton. He was so much, to so many people. But to me, he was the reason I fell in love with the game, and the reason why class still exists in the poker world today.

Thank you for reading my farewell tribute to Mike Sexton, and remember…

“May all your cards be live and your pots be monsters.”