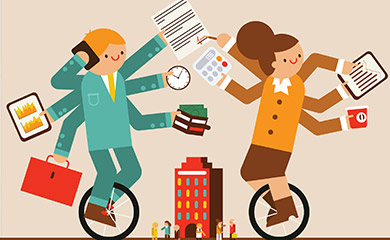 We both know the type; he or she parties every night. Heck, we’ve both probably been that type. They live for today, not tomorrow. Life isn’t something to take for granted. You could die tomorrow, after all, so why live for tomorrow? Why have any money? Why live sober? Why do… anything?

Because tomorrow is there. Not guaranteed, but most likely it is. The chances are very high actually. Life expectancy in the United States is 78.5 years (according to the World Bank database). I don’t know about you, but that’s still another lifetime away (42.5 years for me to be exact). Might be more, might be less, depending on your age of course. But the point stays the same.

Yes, you could get into a car accident or something very traumatic could happen at any point, but to live that way (or use it as an excuse as to not live life its fullest), you may as well stay home forever then. In fact, doing so, would then allow you to most likely live until you’re 78.5. If not much longer. Even if you were to receive a diagnosis that changes said life expectancy, is it something that could be prevented? Most likely, yes. So, again, my point stays the same.

I want to circle back quickly to the person defending the “live fast, die young” dramatic way of living. Ok, living that lifestyle will certainly put a damper on surviving quite a while. But that’s on you then, not life itself. That’s your fault for living in a world of excess (drinking, drugs, blowing money, not exercising, etc.). And after the party ends, you’re still here. Then what? There’s nothing but guilt and despair. No hope. I hate to be so blunt, but that’s how it has to be. Living that way isn’t doing yourself any favors. I know because I’ve been there, so trust me when I mention such topics.

If it’s understood that in a “normal” way of living, by going about your business and not doing anything to harm your body or well being, your life expectancy is 78.5 years. Ok, got it? Cool. With that being said, I now follow up with, “What do you want out of life?”

I’m going to give you a few moments to think about it.

There, are we all good? All set? Awesome.

Now that we have our goal (s) written down, or posted somewhere to see and be seen, I will ask another question, “What are you doing today, to reach tomorrow?” Meaning, if what you’re doing tonight isn’t going to get you to that goal, why are you doing it? Before you get all dramatic and say, “Noah, I’ve waited all week to binge this new show on Netflix or I have to watch my favorite team play tonight!” That’s fine. Ok. I get it. But… what about every other night?

Are you putting in the work to reach your goal? Is it a goal or a pipe dream? The different between goals and dreams is that goals are attainable, dreams are not. They’re dreams. They’re imaginary. They’re not real. They’re a result without any action. Having a set goal allows you to have something to work towards. Something to look forward to. I have goals. A lot of them. I have not always put in the work.

Provided you’re still reading this and I didn’t upset you (because you know I’m right and called you out), then I want you to know I am with you. I absolutely have lived life in a poor manner before. I haven’t always gone to bed at a reasonable time. I haven’t always not binged on Netflix all weekend. Or drank the days away. It has happened to us all. In one form or another.

Those days have to be over.

For me, and for you. I can say for me that they have been for a while. Do I still have a Sunday I want to watch my hometown team, the Green Bay Packers, win? Absolutely. But I put in the work beforehand. Whether it is literally my day job (funeral director, being on call) or if it’s writing an article or studying stoicism, meditating, working out, or even playing some poker for a bit. Work first, play second. I have to earn it. We all do.

Do I always get to play though? No, I don’t. And that’s absolutely fine with me. I don’t always need a desert after dinner either. I don’t need a reward for doing what I need and want to do in life. Because eventually, after the bad habits go away, the good habits become a way of life. And I enjoy that. My current situation is wants. I am choosing to do what I am currently doing. And in doing so, I have to always put in the work for them to grow.

I want to be a funeral director. I want that to grow into funeral home owner.

I want to be a writer. I want that to grow into numerous published books.

I want to play poker. I want that to grow into becoming a WSOP champion.

I want to fish. I want that to grow into a lifetime of freedom.

In order to get those wants, I need to put in the work. I have to turn it into needs. What do I need to do today, to get to my wants tomorrow? If it doesn’t matter today or tonight, it won’t matter tomorrow. So I, and you, have to do something that does matter. Live for tomorrow, not just today.